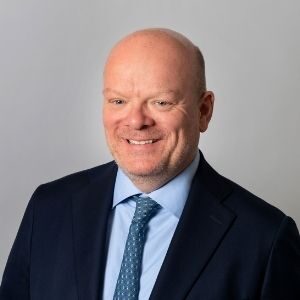 Tom Tracy has over 25 years’ experience in private client financial services, in a career encompassing financial institutions such as The Royal Bank of Scotland, Bank of America and the Standard Life Assurance Company.

In 2004, Tom set up Forth Capital, which now has its flagship offices in Edinburgh, Geneva and Sydney, providing top tier, transparent retirement planning and investment advice to British expatriates globally.

Forth Capital was the fastest growing international financial adviser in 2013 and 2014. (Source: Expat Money Manager).  Tom spearheaded this growth initially from the company’s European branch before relocating to Switzerland in 2017 with his family. Tom has now moved back to his home soil of Edinburgh, where he oversees and manages the growing Edinburgh hub.

Tom is featured in the IA 100 Industry’s Top Influencers, is a regular market commentator, is often quoted in the financial press and has presented regularly on the World Business Report from Geneva.

We use cookies on our website to give you the most relevant experience by remembering your preferences and repeat visits. By clicking “Accept All”, you consent to the use of ALL the cookies. However, you may visit "Cookie Settings" to provide a controlled consent.
Read MoreCookie SettingsAccept All
Manage consent