Internations recently published a ranking of destinations where it is easiest to make friends as an expat.

Expats often find it difficult to make friends abroad, and their social relationships seem to affect their personal happiness.

Here is a short summary of the findings:

According to the survey, published in March 2019, only 57% of expats worldwide find it easy to make new friends abroad, and an even lower share of 45% say that making friends with local people in their new country of residence is easy.

These findings are part of the latest Expat Insider survey, one of the most extensive studies about living and working abroad, annually conducted by InterNations, the world’s largest expat community and based on the data of more than 18,000 respondents.

After consistently ranking in the top 3 since 2014, Mexico comes first again for making friends abroad in 2018. Over four in five expats in the country find it easy to make new friends, while 77% express that making local friends is easy. The ease of forming friendships could be due to the friendly attitude towards expats. “I love the local people, their culture, and their openness,” states an expat from the USA.

Bahrain rose from 6th to 2nd place out of 68 countries in relation to finding friends abroad within one year. This might be due to the general friendliness of the local population, as 92% of expats rate this factor positively. Exactly three in five find the Bahrainis extremely friendly, which is double the global average. The lack of a language barrier might also help with making friends here.

Featuring in the Expat Insider survey for the first time, Serbia comes in 3rd out of 68 countries for finding friends abroad. The majority of expats find the local attitude towards foreign residents friendly, with one respondent from Romania describing the local population as “open, friendly, and helpful”.

Costa Rica now comes in 4th out of 68 countries for expats finding it easy to make friends. It still seems to be an excellent location for socializing, thanks to its extremely friendly local residents.

Four out of five expats say that they feel at home in the local culture. This is 20 percentage points higher than the global average (60%). One American in the survey said: “I knew I belonged in this community instantly upon arrival.”

With more than 3.5 million members in 420 cities around the world, InterNations (http://www.internations.org) is the largest global network and information site for people who live and work abroad. InterNations offers global and local networking both online and face-to-face at more than 6,000 monthly events and activities. 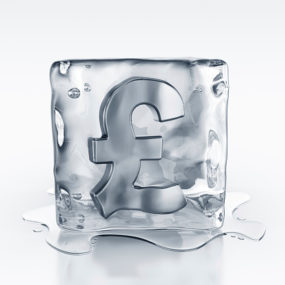