Home > Blog > Brexit: Deal or no deal and how this affects your UK pensions

Brexit: Deal or no deal and how this affects your UK pensions

Following the recent round of trade negotiations, the EU’s Chief Negotiator, Michel Barnier, advised the press that a trade deal is looking increasingly unlikely. We look at what each side wants from trade negotiations and which areas have caused the deadlock and how this will impact on your UK pensions – if you are considering a pension review, then now is a good time to consider the options available to you.

A key principle of free trade within the EU is the idea of a level playing field. This has led to standardised rules and regulations throughout the bloc, so that no single country has an unfair competitive advantage over another. These standardisations impact several areas, such as state aid and state subsidies, as well as the environment and workers rights.

The EU is demanding ‘robust guarantees’ that these standards are upheld by the UK after the transition period ends at the end of this year.

The UK, on the other hand, is demanding the freedom to make its own policies as an independent country and does not wish to have any regulatory alignment.

This is an economic issue as well as an ideological one- the UK requires the freedom to set its own policies in order to potentially make it a more attractive trading partner with other countries outside of the EU. The UK government argues that the British people voted to leave the EU and are unwilling to accept subservience to EU rules post-Brexit.

The EU will not allow the UK to have a competitive advantage over the trading bloc, where it can undercut the EU’s rules and regulations. As Michel Barnier stated recently, the EU ‘would not fit the bill for the UK’s political choices.’

The ECJ has often been viewed by the leave campaign in the UK as a significant reason for leaving the EU. The argument given is that the UK should not have to accept a European court having overall authority over UK laws.

The EU is demanding that the ECJ should remain the final arbiter of any Free Trade Agreement (FTA), something that the UK is so far unwilling to accept.

As a member of the EU, the UK was subject to the Common Fisheries Policy which allowed access to the UK territorial waters for fishing trawlers based in the EU.

When Prime Minister Boris Johnson visited the Scottish island of Orkney recently, we were reminded of the political and ideological importance of fishing rights for the UK government. This is particularly important at a time when support for Scottish independence is on the rise, as Scotland makes up 53% of the overall UK fishing industry. It is also important in other coastal towns within the UK whose people feel they were left behind as a result of EU rules.

The UK argues that it is now an independent coastal state and should be recognised as such by the EU. However, it must be noted that the UK fishing industry only makes up 0.12% of the overall UK economy, employing only 20,000 people. This is a relatively small amount, compared to other sectors within the UK economy.

Fishing is also an important issue in the EU, particularly in France with President Macron insisting that he is willing to put up a fight to protect the interests of French fisherman. France is demanding access to UK waters for 25 years as part of the Free Trade Agreement, with the UK only willing to accept annual quotas. It is estimated that 30% of France’s catches are made within UK waters and this could prove to be an important campaign area for President Macron in 2021, as he seeks re-election.

There are also other countries, such as Denmark and Spain, who would be affected by a detrimental agreement on fishing rights.

What happens if there is no deal?

If no deal is agreed by October, the UK would leave the EU without a trade deal on World Trade Organisation (WTO) terms at the end of this year. This would mean the introduction of tariffs on goods and services both entering and leaving the UK which will increase costs for businesses on both sides. The UK could restrict access to European fishing trawlers and would not be required to retain any regulatory alignment with the EU.

What does this mean for British expats living in the EU?

If you are already living in the EU, your rights have been protected and that also applies to the rights of EU nationals already resident in the UK. However, according to the UK government website, you may need to apply for residency in the country where you are based and may also need to change your driving license.

What happens to your UK pension?

Despite a previous threat, UK state pensions will continue to be paid to those who are eligible, living in the European Economic Area (EEA), which includes Switzerland. The pension will also continue to increase by at least 2.5% in line with the triple lock system, where increases are decided by the highest of price inflation, average earnings growth or 2.5%.

You currently have the option to transfer your UK occupational or personal pensions outside of the UK into a Recognised Overseas Pension (ROPS). A 25% tax charge was introduced by the UK government during the 2017 budget, which does not currently apply within the EU. Transfers to the EU may well be subject to this tax charge from 2021 and there is no guarantee that the ability to transfer out of the UK will continue post-Brexit. Taxation of pensions has proved an easy target for successive UK governments in recent years and with a bulging deficit as a result of the ongoing Covid-19 pandemic, the UK Chancellor will need to increase government revenues to repay the cost.

If you are considering a pension review, then now is a good time to consider the options available to you.

Forth Capital specialises in expat retirement planning, pensions and investments. Click here to speak to one of our advisers. 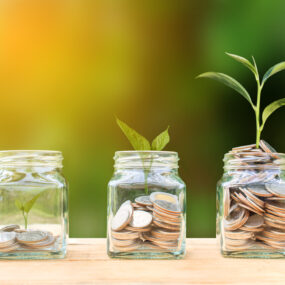 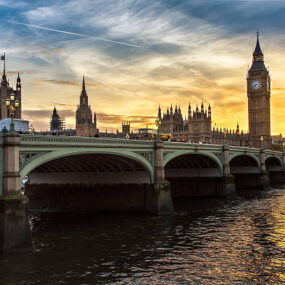