As a company of expats and experts in relocating, we appreciate that it’s not always a straight forward decision choosing where to live.

We’ve put together a detailed report and helpful infographic to show you where the best places to live are for financial gain, a better work-life balance and improved safety and cost of living, to assist you in making an informed decision when relocating.

Where to Begin Your Search

If your career doesn’t dictate your new country of residence, choosing from the many great locations around the world can be overwhelming.

To begin your search, we recommend investigating the countries that are considered the best places for expats to live and why; those that continually rank highly will generally have a higher range of benefits and a higher standard of living. Whilst the weather is a big factor for Brits looking to relocate, full expatriate packages are usually the deciding factor.

Research shows that Switzerland, Canada and New Zealand frequently rank highly with Brits looking to relocate. Our own exploration of this indicated that expatriates earn more than their UK peers and, as such, salary is considered one of the main pulling factors when deciding to move countries.

The ECA’s My Expatriate Market Pay Survey polled over 320 international companies to discover which country offered the best expatriate package. It looked at overall salary, company benefits and taxes, to name a few.

Where are the Best Places to Live?

Second to the UK, Japan attracts an impressive workforce to its country each year. Its expatriate package is certainly appealing and with its diverse conurbations and cutting-edge infrastructure, more and more expats are heading to Japan. Another factor is that East Asia is an area where expats have noted they feel the safest. Japan also offers the opportunity to earn the top average salary for British expats, with up to £266k as the earning potential there.

Also appearing highly in the list of desirable destinations is Switzerland. With a booming financial services sector – and the financial capital of Europe – Switzerland is well known for being a wealthy country and expatriates can expect to enjoy a share of this, with potential salaries of £174k, along with a good work–life balance and safety and security; Switzerland continues to be ranked the best all-round destination for relocating.

These figures are impressive compared to the average UK salary of just over £27k.

Conversely, the United Arab Emirates also offers one of the top salaries for British expats, at approximately £80,000. Alongside this, Dubai boasts a tax-free lifestyle and, according to HSBC, 91% of expats in the Middle East receive some kind of benefit, compared to only 67% as the global average. The situation is also impressive in Bahrain, where expatriates can expect to receive a 65% annual allowance for trips home. The Cost of Living

Whilst it can be tempting to go for destinations with higher earning potential, it’s important to note that there is a higher cost of living in some countries, so it’s best to take this into account when considering which country to move to, especially when thinking about retirement and pensions, as you’ll want to enjoy your new life abroad.

Rent is another cost to consider and this expense differs greatly depending on what city you live in. For example, you can expect to spend 50% of your average income on rent if you live in Hong Kong, whereas in Saudi Arabia, you’ll see only 25% of your average earnings going on housing costs.

Interestingly, though, you get more square footage for your money in Hong Kong, which may explain the spike in rental costs.

Perhaps surprisingly, Beijing is the cheapest place to live in comparison to London, with the cost of living being 47% cheaper than our own capital. London is the most expensive place to travel, with monthly public transport cost costing £140.

Research indicates that, on average, 81% of British expats are satisfied with life abroad, with 39% increasing their income and citing a better quality of life as the number-one reason for relocating.

Relocating to Other Countries

Dean Blackburn, Head of HSBC Expat, states that Europe is home to some of the best destinations for a successful career abroad, recognising expats’ strong work culture, work–life balance and good job security as factors.

If, however, you are looking to live amongst fellow expats, English-speaking countries top the roster, with over one million UK expats living in Australia, 750,000 in the USA and over 670,00 in its neighbouring country, Canada. Moving to countries of this ilk also provides a smoother transition for family as there is no need to learn a new language and cultural values are similar.

Our infographic helps you to decide which country to move to. If you are looking to relocate to another country, speak to our expert team for help with specialist and professional tax and financial advice.

@Forth_Capital
Should you consolidate your pensions in the UK or Abroad? Scott Heaney, International Financial Planner at Forth C… https://t.co/pNTHqDMN9r
Financial independence is something we are told to aspire to, but what does it really mean? Niamh Docherty explai… https://t.co/KR9R5kcR8P 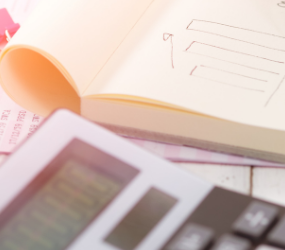 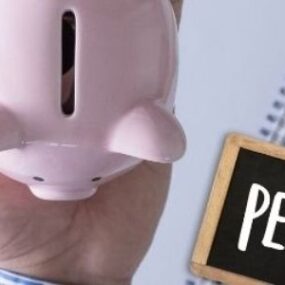 There are several ways that Forth Capital can simplify the finances of our clients but one...