A member of the House of Lords in the United Kingdom is demanding the introduction of constituencies for the expat British Population in Spain.

Peer Paul Tyler, who served as a Lib Dem MP until 2005, wants the disenfranchised British Population in Spain and the European Union to have their own parliament ministers.

In a similar arrangement that exists for French and Italian expats, Tyler believes that it is a fairer system than the existing on of allowing expats to have a vote in their former UK constituencies.

In a letter sent to expat rights campaigner Brian Cave, Tyler wrote: “Expatriate constituencies is the only rational solution.

“Put yourself in the shoes of the MP; faced with the problems, concerns and special interests of 75,000 constituents how many will give appropriate attention to a few dozen voters living hundreds of miles away?”

The move comes as it was revealed former UK Prime Minister David Cameron’s promise to extend voting rights to British expats has been blocked.

The move is allegedly seen as too complicated with few UK constituencies having records going back more than 15 years.

The UK boundary commission – which looks at electoral constituencies – is due to meet in early 2018 to look at all the possible options.

France-based campaigner Brian Cave urged expats across Europe to put as much pressure on the UK authorities as possible.

He told the Olive Press: “Britons abroad should not be ignored.”

This article appears with the kind permission of The Olive Press.

The Olive Press was voted Spain‘s number one expat newspaper and second in the world, by 27,000 people polled by UK marketing group Tesca. “The best English newspaper in southern Spain,” according to the Rough Guide. The Olive Press is the English language newspaper for Andalucia. Local news from Costa del Sol and inland Andalucia plus national news from around Spain. A campaigning, community newspaper, the Olive Press represents the huge and growing expatriate community in southern Spain – 230,000 copies distributed monthly (160,000 digital impressions) with an estimated readership, including the website, of more than 500,000 people a month.

@Forth_Capital
Check out what’s been happening with our new recruits this week at Forth HQ 👇🏻 https://t.co/lt8vmPS2rk
Training week in full swing here at Forth HQ! Our 7 new employees have been involved in various sessions this wee… https://t.co/mUZwBMmXlM 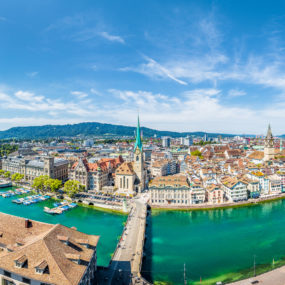