The UK has seen a significant rise in property deals made by the 200,000 American ex pats living in the country.

The vote for Brexit saw the pound fall to a 31-year low.  For investors dealing in dollars and dollar-pegged currencies, assets in Britain have since got as much as 15 per cent more affordable, with the pound losing almost a fifth of its value against the dollar.

It’s a currency window of opportunity that many American expats have taken advantage of.  One accountancy firm has recorded triple the number of deals since the Brexit vote triggered the pound to fall its lowest level for 31-years.

Accountancy firm Bambridge Accountants has seen three times more investments made by Americans living in Britain since the result of the vote was announced on June 24th.

Around 90 per cent of these investments were made by Americans who had previously been renting property in the UK, or American homeowners looking to add more properties to a portfolio.

In July, business advisers Deloitte revealed that Manchester and the north-west of England is a hotbed of American investment, with 54 per cent of all transactions between the US and the UK since 2013 made in the region. 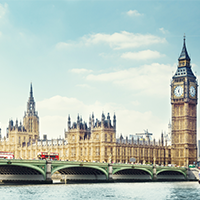 One of the key concepts in any financial planning is your residency and domicile status. D...

As a UK Expat, You Probably Have UK Domicile Status Even Though You Don’t Live There Man...